Non-disclosure agreements (NDAs) are the highest-volume contracts handled by businesses today, with our customers telling us that they process anywhere between 500 and 100,000 NDAs every year. Processing that volume of contracts, no matter how standardized or routine, quickly adds up in cost and creates a real risk of spreading your legal department employees too thin.

Onit is transforming automated NDA with the introduction of Automate NDA, an easy-to-implement, best practice solution that automates NDA management and cuts time spent on them by up to 70%. Automate NDA brings together the best aspects of Onit’s workflow and AI platforms, Apptitude and Precedent, to automate drafting, review, negotiation, execution and management of NDAs at a price that won’t break the bank. All of this happens in an accessible, simplified legal portal that enables self-service.

Hear about NDA Automate and how it helps corporate legal departments from Nick Whitehouse, the GM of Onit’s AI Center of Excellence. He discusses what it does, why it’s important and how it works in this podcast.

The Challenges of NDAs

Despite this volume and expense, NDAs are still frequently considered to be low-value work, even though they’re often the most frequent touchpoint between the legal department and the wider organization. This is a low-value dynamic that serves as a great source of frustration and friction – and is usually a lose-lose situation for the legal department.

There’s a widespread misconception out there that NDAs are always straightforward. That is most definitely not the case, particularly in increasingly competitive environments. This increasing complexity, when added to the sheer volume of NDAs at most organizations, creates a perfect storm of pressure and time demands on those reviewing the NDAs.

Finally, the mental toll this type of work takes on attorneys deserves consideration. In 2018, the American Bar Association conducted a study of 15,000 attorneys and found that nearly 30% struggled with depression and burnout.

A Step-by-Step Look at How Automate NDA Works

Automate NDA is a cost-effective solution that requires minimal effort to implement and speeds up the end-to-end NDA process by 70%.

The process starts with online submission. Anyone in your organization can visit the Automate NDA portal and request an NDA to be drafted or reviewed or ask for help. When a request is submitted, Automate NDA automatically routes it through the appropriate workflow, be it generating your standard NDA and sending it for e-signature, or reviewing and redlining a third-party NDA.

In the example of a third-party NDA review, once you upload the NDA, Automate NDA will review and redline the contract based on the corporate legal department’s contract playbook and provide a link to the edited Word document. If there are major issues, Automate NDA will instead escalate the NDA to the legal team. The legal team can track all of this work from the Automate NDA dashboard. 1 Based on 1-4 hours of work per each NDA and the average rate per hour for an in-house attorney of $114 according to the 2019 Association of Corporate Counsel Global Legal Benchmarking Report. 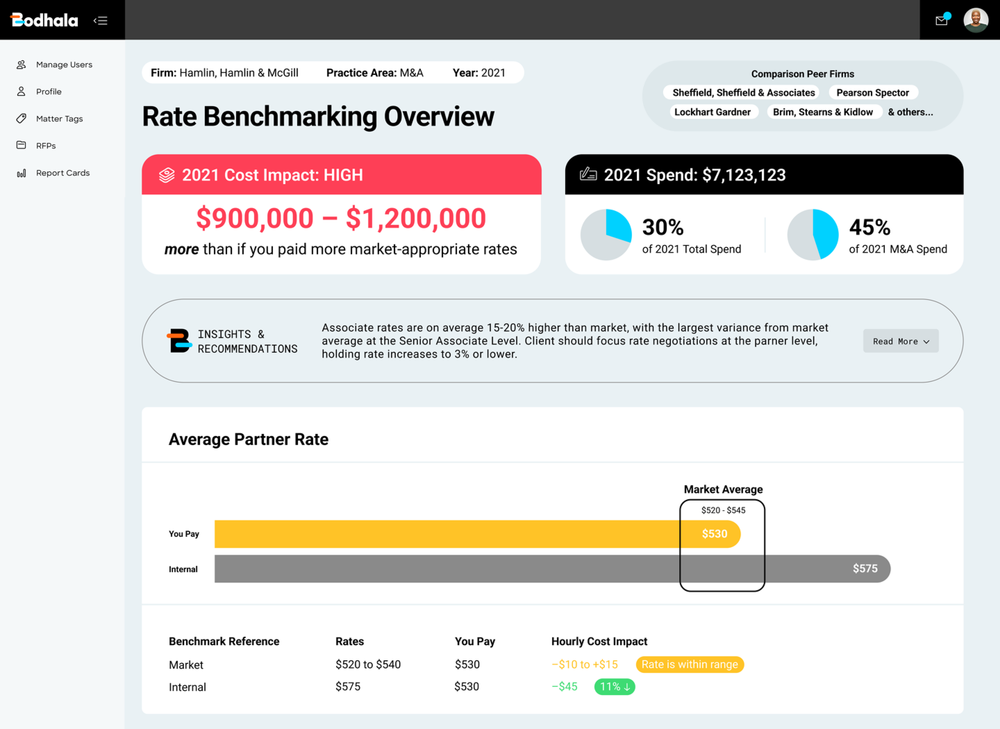